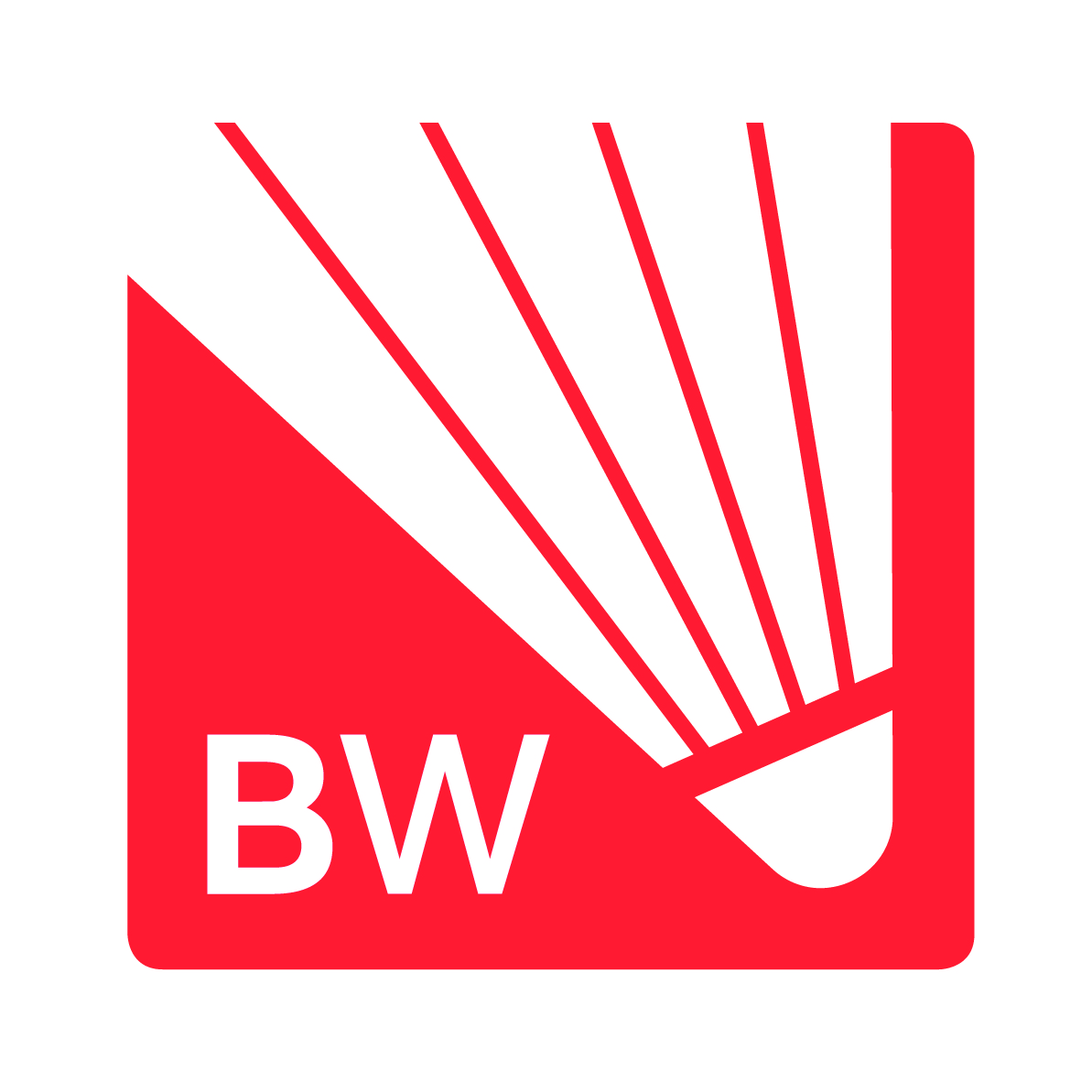 The Victor Welsh National Championships 2019 with 38 entries across all five events got off to an explosive start with some tough first round matches with a good mix of Regional Academy junior players putting on some excellent displays against the more experienced senior players. Many of the juniors will take considerable experience away from the event and hopefully build on it for future years. All 4 seeds Dan Font (1), Tsung Fong Mo(2), Will Kitching(3) and Adam Stewart(4) all made it through the first 2 rounds securing them all a place in Sunday’s Semi Final.

The Ladies Doubles was played over a group format between 4 pairs, Jordan and Lowri Hart reigning Champions and top seeds, beat the young pairing of Jasmine Owen and Carys Jones who put up a good fight against the Hart’s, losing out in two straight sets. Second seeds and ex National Champion Carissa Turner, and junior partner Aimie Whiteman, where up against Saffron Morris and Sarah Platt in their first match, winning in convincing fashion to then face Jasmine Owen and Carys Jones, which was another tough match for the junior pair. Both seeded pairs played off in the final match to top the group and to become National Champions. In a thrilling 3 set match in an evenly fought contest with all four ladies displaying good tactical awareness and power in a match which lasted 38 minutes; Carissa Turner and Aimie Whiteman came out as the eventual winners winning 19-21/21-12/11-21. 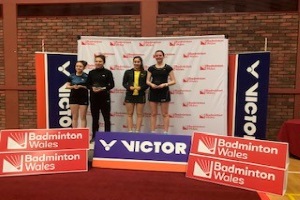 The Ladies Singles saw only 6 girls competing, giving top seed and world number 110 Jordan Hart a bye in the first round to face the winner of the match between Jasmine Owen and Carys Jones. Jasmine played a composed match and controlled large parts of the game by not letting Carys settle, having recently come back from injury beating her 21-17/21-13. In the lower half of the draw Lowri Hart second seed, who is aiming to reach the later stages for the second consecutive year also received a bye will face Saffron Morris who has had an excellent season playing at U13/U15 having beat Jessica Ding 21-16/21-14 respectively. The Semi Finals will see Jordan Hart (1) versus Jasmine Owen and Lowri Hart(2) versus Saffron Morris.

The Men’s Doubles was played over 4 groups with top two progressing into the quarter finals. Current National Champions Ollie Gwilt and Dan Font looked strong again in their early matches. Number 2 seeds Joe Cottrill and Matthew Sprake showed good form getting through the group where they played number 4 seeds Andrew Jones and Adam Stewart; sadly, early in the first set Andrew Jones was forced to retire due to a knee injury, we wish you a speedy recovery Andrew! Scott Oates and Nic Strange, both players who are no strangers to the latter stages of the National Championships, stamped their authority on the group stage and powered their way into the Semi Finals. Unseeded Will Kitching and Andrew Oates who have recently forged the partnership, looked like they meant business safely navigating their way into the Semi Finals and beating the no 2 seeds Sprake and Cottrill in the group stage.

In the Mixed Doubles there were some excellent matches to finish off a good day of play with many of the players feeling a little weary having competed in the Singles and Doubles; however, this didn’t thwart the effort and commitment levels within the group stages. Top seeds Will Kitching and Carissa Turner showed their experience to book themselves into the last four to face Alex Ewins and Sarah Platt who demonstrated some excellent play versus Joe Cottrill and Katie Whiteman. Second seeds Scott Oates and Aimie Whiteman showed some explosive exchanges with some good attacking play to secure a Semi Final spot to face number 3 seeds Matthew Sprake and Sammy Hutt who had played very well throughout the group stage and quarter final by beating Nic Strange and Saffron Morris.

Following on from a great day of play day 2 did not disappoint. The day started with the Mixed Doubles semi-finals with Will Kitching and Carissa Turner (1) against Alex Ewins and Sarah Platt, Matthew Sprake and Sammy Hutt (3) against Scott Oates and Aimie Whiteman (2).  After some hard-fought matches Will Kitching and Carissa Turner (1) secured their place in the Final against Matthew Sprake and Sammy Hutt. 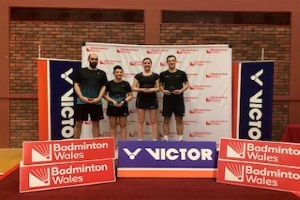 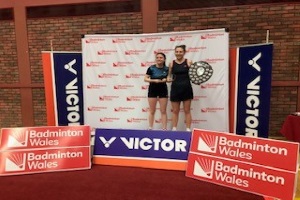 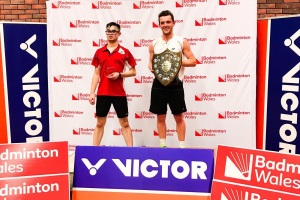 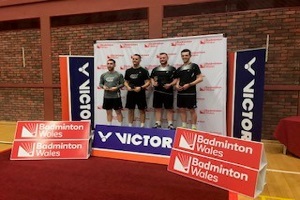 Next up was the Men’s Singles with Tsung Mo (2) taking on number 1 seed Dan Font in a battle to be National Champion.  Dan Font (1) showed his experience and steamed ahead, retaining the title in two sets 21-7/21-13.

The Women’s Singles followed, and it was the battle of the Hart sisters. The match was full of long rallies, fantastic cross court winners and mental tenacity. The sisters battled it out giving spectators a great show but, in the end, it was Jordan who finished the victor, winning the match 21-16/21-18.

The final match of the day was the Men’s Doubles with Scott Oates and Nic Strange (3) taking on the reigning champions Dan Font and Ollie Gwilt (1).  Both pairs came out of the blocks fighting hard for the title making it a spectacular game to watch.  Although Font & Gwilt haven’t been on court together in a while they quickly returned to their old form winning in two sets 23-21/21-13.

Performance Manager, Matthew Hughes commented; “Congratulations to all players who achieved at the Welsh National Championships, naturally well done to all the Champions also some incredible performances by our Junior players up against seniors, you can all be extremely proud.

A big thank you to all players who supported the event and it was great to see some old faces back playing and enjoying.

Well done to another excellently run tournament referee’ d by Stephen Temple and to all the umpires and line judges. Your work is very much appreciated.

Good luck to you all for the rest of the season.”

Another big thank you goes to our dedicated volunteers who helped Umpire and Line Judge at our event. The officials in attendance were: John Walsh, Bernadino Lorenzo, Martin Godfrey, Chris Taylor, Nigel South, Pradip Songera, David Shore, Simon Ewins, Ed Breen and Huw John who was on Shuttle Control.

Finally, thank you to the centre staff at Sport Wales National Centre for their support during the set up and throughout the event.